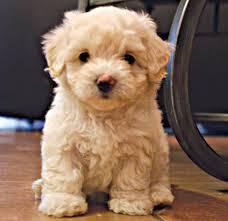 After 40 minutes of energy work, we reached a very slow point. Energy would rise up to his left ear and then stop.

“You don’t have the energy to push the flow up over your head,” I told him. “Do you know what could be giving you low energy?”

He shook his head silently.

“We would save time if we could find out where the energy source is getting blocked. Do you like dogs?”

“I’m hearing that you don’t have a ‘place.’  Something about the age of ‘first through second grade.’ I see you looking at all the other children and feeling that they have a place and you don’t. Is this correct?”

His wife rushed to explain. An osteopathic problem had kept him in the hospital a lot during first and second grades. They wouldn’t even let his mother in to visit.

I saw his right side needed warmth. “The dog is nestling next to your right side in order to heal you.” I relayed to him what I saw. “And your left side near your lower ribs needs a frog.” I let the imaginary frog hop in.

“Under your right lower ribs, you need something. I think it’s a turtle. And under both feet you need some healing–Oh, here comes a rabbit and hedgehog!

“Your right upper chest and shoulder are also requesting help. It needs to be a ‘surrounding’ type of healing so I will use my hands from here, where I am sitting,” I continued.

“Look, I have not seen animals come to heal someone before,” I told him, a little surprised. “But I see they are doing the same energy work that I would have done with my hands.  Except… they are warming up your joints too. Do you like warmth?”

“We” all worked for about five minutes. I looked again and the man’s energy made a beautiful, free and clear loop from his left foot, over his head, and down his right side. No obstruction whatsoever. Whatever it was, was gone.